LIFE AFTER THE OASIS 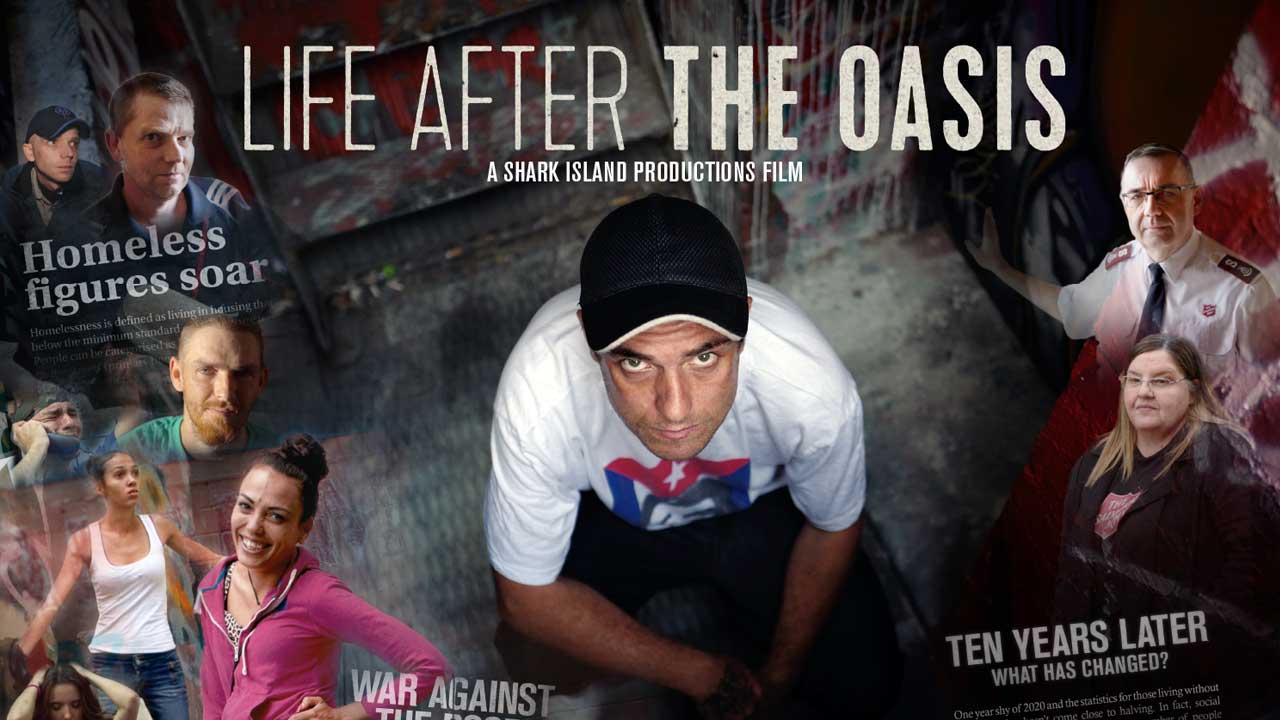 Where are the lost kids of 2008’s confronting documentary ‘THE OASIS’?

This follow-up film revisits the homeless teens whose chaotic lives shocked the nation.

In 2008, feature documentary THE OASIS, shocked Australia with its gritty insight into the lives of wayward teens at a chaotic youth refuge in inner-city Sydney. Drug psychoses, emotional breakdowns, teenage pregnancies and the dangers of street life were writ large for a national audience.

Transitioning seamlessly between never-seen-before material from 2008 and contemporary footage, LIFE AFTER THE OASIS builds a rare, longitudinal portrait of these inspirational, disadvantaged young Australians. Now in their late 20s and 30s, they have weathered difficult and intense passages into adulthood, coming of age in a world rife with violence, poverty, addiction and mental illness. Yet their stories, though plagued by adversity, are stories of incredible resilience and survival.

© SHARK ISLAND PRODUCTIONS | PRIVACY
We would like to acknowledge the traditional owners of the land on which we meet and work throughout Australia. We pay our respects to their elders past, present and emerging and recognise that sovereignty has never been ceded.